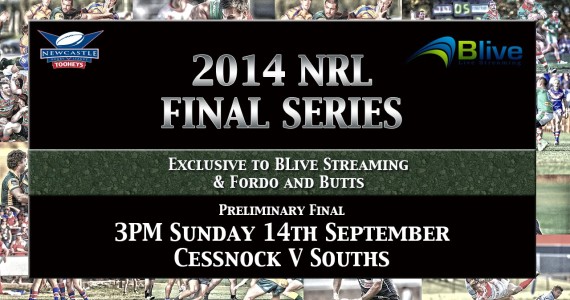 Hunter Television is a planned, not for profit television channel in Newcastle that will be seen on your digital television and streamed live to your computer, smart phone or tablet. We will provide airtime to individuals, community groups, councils, educational institutions, and local venues to convey their message to the Hunter. Everyone is welcome to submit their content to Hunter Television.

Hunter Television is a planned, not for profit television channel in Newcastle that will be seen on your digital television and streamed live to your computer, smart phone or tablet. We will provide airtime to individuals, community groups, councils, educational institutions, and local venues to convey their message to the Hunter. Everyone is welcome to submit their content to Hunter Television.
.
The current Communications Minister Malcolm Turnbull has announced that he wants to kick Narrowcast and community TV off the broadcast bands and on to the Internet at the end of 2015, this affects community stations all around Australia and prevents Hunter TV from obtaining a licence unless a solution is found. Current community stations are fighting vigorously against this decision. You may voice your concerns by signing i.committocommunitytv.org.au or posting a comment on his blog.
.
Hunter TV WILL live on, we are currently ramping up the production of local content which will be published on our website, Facebook, YouTube, Twitter, Instagram, Google+, Tumblr, Apple TV & iTunes. We are able to stream live at a moments notice and for larger events, our partner BLIVE are able do multi-camera outside broadcasts. The City of Newcastle, responsible for a population of 148,585 people, is always looking for new and innovative ways to connect with our local community. Initiatives such as Hunter Television are a great opportunity to engage with the people of both Newcastle and surrounding areas to ensure we are making well informed decisions.

Lake Macquarie City Council, serving a population of 189,006 people is supportive of and interested in the development of Hunter television, as a new local and international broadcaster of Hunter Regional talent, information, events and ideas. Lake Macquarie City Council welcomes the opportunity to work with this bold new media outlet as we, ourselves continue to work to deliver the best and most informative communication on Council and City matters.

The University of Newcastle (UoN), home to 36,000 students, is a leader in university education, with a reputation for high-quality teaching and learning with exciting, contemporary academic programs. UoN’s film and media studies teach students how to develop and complete projects and build high-level skills in information and digital literacy. UoN programs place particular emphasis on film theory, television, gender and the media, popular culture, the internet and new media technologies. The University of Newcastle proudly supports community initiatives such as Hunter Television that showcase Hunter-based innovation, research and learning excellence.

The Lunaticks Society of Newcastle supports the launch of Hunter Television. Our society is a group of 200 prominent Newcastle digital and social media enthusiasts, entrepreneurs, creatives, app developers, film producers, and investors wanting to encourage creative thinking and new ideas in a digital world. Hunter Television will give our content a wider audience and act as a catalyst for local content production in our region.

Newcastle Now, launched initially by Newcastle City Council, is an independent body with over 1,100 paying members. Our organisation now works independently for all businesses in the CBD to create a positive, active environment that stimulates economic and social life. Newcastle Now strongly supports this initiative; we believes the channel will be a great platform to promote tourism and an important tool for local businesses. It will also enable Newcastle Now to communicate with a wider range of residents and tourists within the region.

Hunter Television is looking forward to providing airtime to Hunter TAFE and their students. You may read a letter of support from the CEO of Hunter TAFE here

Screen Hunter would like to voice our strong support for Hunter Television, we aim to capitalise on the unique qualities of the region by pitching locations to local, interstate and international film companies whilst fostering and driving development of a creative and sustainable film industry in the Hunter region. Screen Hunter are committed to local industry development and creating networking initiatives to connect industry practitioners throughout the region as well as maintaining relationships with the greater community to ensure they are part of the filming and event activities.

Newcastle Movie Makers is a club for amateur film-makers and has been active for over twenty five years. Our members produce over thirty short films every year. We support the launch of Hunter Television, as the new channel will allow us to showcase our movies to a wider audience in the Hunter region.

We are a prominent live streaming company based in Newcastle, known most famously for streaming Surfest which is an annual surfing competition. Surfest attracts competitors from around the world with over 200 surfers competing in Newcastle. We stream the competition to a worldwide internet audience and its watched by thousands of people. We express our support for Hunter Television as it would allow our live events to reach a wider audience.

We are a local advertising agency with the best collection of energy, vibrancy, creative talent, insightful thinkers, brilliant managers, all with a wealth of experience willing to try new things.  We look forward to the new opportunities Hunter Television will bring to our region. We voice our strong support for the launch of their channel and look forward to working with this new media outlet.

Ruffhouse Comedy is a production and distribution label focused on Comedy based in Newcastle, Australia. Headed by Gareth Wasik, who’s album – `Jesus Can’t Play Rugby` remained on top of the iTunes comedy charts for four consecutive weeks, Ruffhouse Comedy plans to bring exciting comedy content to Hunter television. Currently, Ruffhouse Comedy produces a monthly live comedy club called Comedy@ThePlayhouse, which has featured ex Novocastrian, Peter Berner, Mikey robins and is bringing Australia’s most loved comics to the theatre, and live on Hunter Television. The season includes well known performers Garry Who, Eddie Ifft and Greg Fleet. Hunter Television will also work with Ruffhouse comedy to syndicate this, and other comedy content across the country, allowing Newcastle to become a hub for comedy entertainment. Gareth is also the feature writer for Round Eight, where he hopes to recreate his popular interviews with sporting heroes such as Pat Cash, Brad Fittler, Danny Green, Mat Hoy, Danny Buderus and Peter Fitzsimons on the small screen. We are excited to have Ruffhouse Comedy as part of our programming.

The Newcastle North Stars are an ice hockey team in the Australian Ice Hockey League and have won the championship four times. The team plays its home games at the Hunter Ice Skating Stadium in Warners Bay and have live streamed the last 3 seasons to the internet. The team plays 14 games a year at home and 14 games away. Hunter Television have accepted their offer to air all their games on our channel. This will be a big win for their sport as they will be given exposure to a wider audience in the region.

Belinda Bow of Green Chilli Marketing Newcastle is a fervent marketer and a sponsor of the charity, 3 Angels Nepal. She got involved with 3 Angels after hearing about their work and is now travelling to Nepal to shoot a documentary to bring 3 Angels Nepal to your living room or device. Hunter Television will allow Belinda to showcase her documentary to the region and globally. Green Chilli Marketing is just one of many small organisations in the Hunter who have expressed interest in and support for this opportunity with Hunter Television.

We are an award winning children’s entertainment group who perform all around Newcastle including the Newcastle Show, Hunter Valley Gardens, SC Ten’s Variety Christmas Show, Newcastle Carols by Candlelight, The Mattara, ABC’s Play School and many other venues in the region. We have also performed along side Hi-5 and Dorothy the Dinosaur . In 2010 we won a childen’s award at the Australian Songwriters Awards in Sydney. The Little Scallywagz are looking forward to bringing our performances to every lounge room in our region via Hunter Television and believe the channel  will be welcomed wholeheartedly by the residents of Newcastle and the Hunter